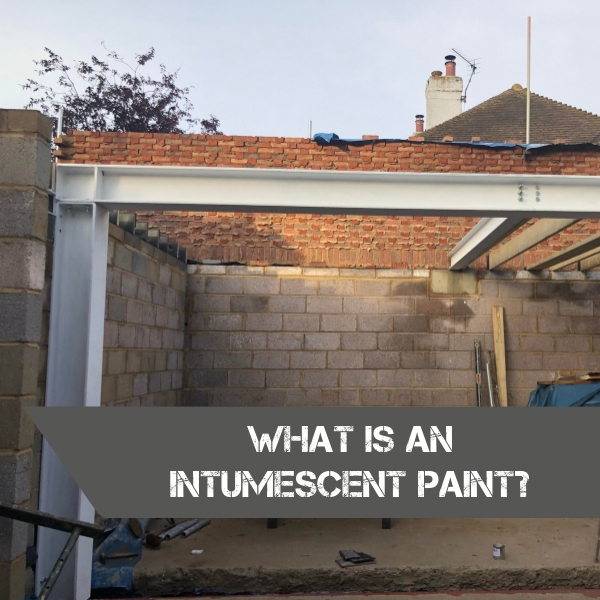 What is an intumescent paint?

We protect our steel from fire using intumescent coatings. This type of fire protection paint is easy to apply off-site, giving our steel a fine matt finish. Our products are delivered on site fire protected and ready to install.

Structural steel is a non-combustible material, which does not contribute to the fire load of a building. However, the strength of the material deteriorates as time passes and heat rises, threatening the integrity of the construction. Thus, it is important that a fire protection system is applied, to ensure that in the incident of a fire, the building is safely evacuated.

In general, a fire protection system offers a fire resisting period – the time needed to evacuate a building – that varies between 30, 60, 90 or 120 minutes. Different types of fire protection systems include boards, sprays, concrete reinforcement, and intumescent coatings. According to the BCSA (British Constructional Steelwork Association), the popularity of intumescent coatings has significantly increased – about 55% – from the 1990’s to the 2010’s.

How does it work

An intumescent coating is basically a paint-like material which is inert at low temperatures – under 200 ◦C – but reacts with heat. As the temperature rises, during a fire event, the intumescent coating swells and forms a char layer that covers the steel. This char layer is of low thermal conductivity, thus acting as an insulating system. It should be noted that the coating usually expands up to 50 times when compared to the original thickness: for every 1mm of paint applied, the char layer can reach up to 50mm of thickness.

In the market, there are available both thin and thick film intumescent coating. The former ones are used as a fire protection system for buildings, whereas the latter ones are mostly found in the oil and gas industry. Thin film intumescent coatings can be either solvent-based or water-based. Nowadays, new technologies have been developed, which can offer fire resistance up to 120 minutes.

Intumescent paint can be applied both on-site as well as off-site. It is the flexibility of applying the coating off-site that has increased its share on the fire protection systems market. A major benefit when applying intumescent paint off-site is considered to be the reduction of the overall construction programme. Since steelwork arrives on-site already fire protected and ready to install, work on-site is significantly reduced.

However, off-site application of intumescent paint should be considered mainly when an aesthetic finish is not necessary. When steel is installed on-site, bolts, as well as other damages caused by transportation, should be covered. Therefore, achieving an identical look with the coating applied off-site could be challenging.

In many cases, prior to applying the intumescent paint on steelwork, an additional layer of a primer may be required. In this way, a fine matt finish can be achieved. The finish can be enhanced using a sealer topcoat. Finally, intumescent coatings can be applied on galvanised steel, as long as this has been properly cleaned and all the grease has been removed. 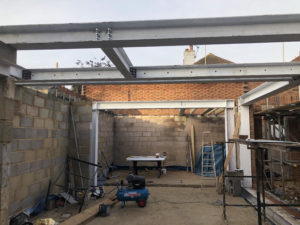 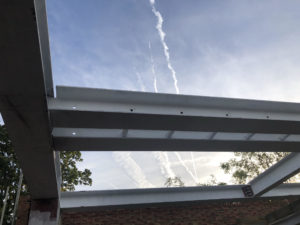 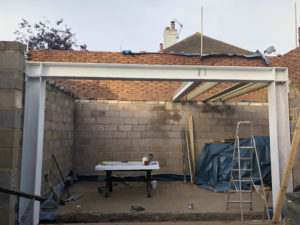 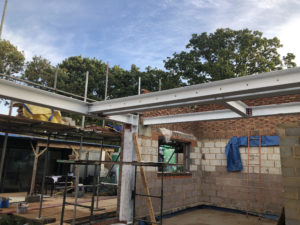